What are Billionaires doing in real estate? And what does that mean for us? 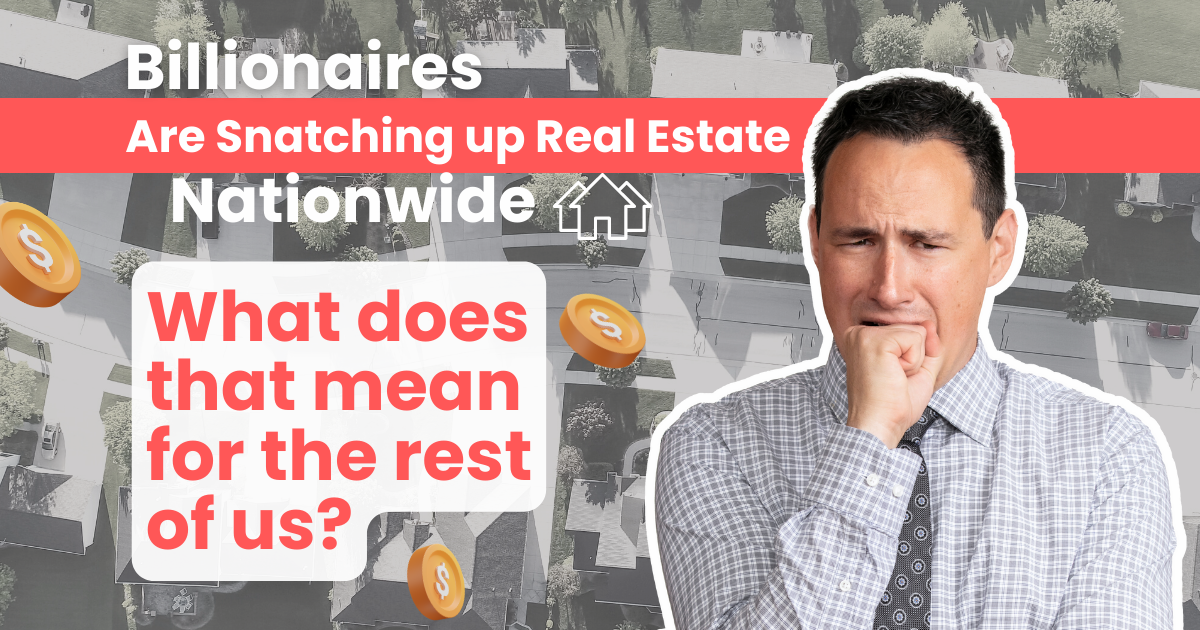 Big firms with access to billions of dollars have been taking advantage of current housing market conditions and snatching up properties left and right.

When you’re someone who is interested in finance and money making, it’s always a good idea to keep an eye on what the money makers are doing, Jason Fleming from NEO Home Loans explains.

So what are the money makers doing?

As Jason points out, in 2000, investors were buying up 5% of homes, and in 2010 that percentage remained about the same. However, by the end of 2022, that percentage had risen to between 15% to 18%. That’s a significant increase in investor-owned properties in recent years.

Why is this happening?

Companies invested in real estate because their faith in the economy went down. Real estate has long since shown its ability to continue appreciating as an investment, whereas stocks are more volatile during unpredictable times, such as the pandemic or a potential recession. Rents have also gone up significantly, so the cash-on-cash return has gone up also, making this is smart strategy for money making.

What effect will this have on “us” normal people?

In Jason’s perspective, the homes that are being bought by corporations will likely not be sold on the open market to individuals again, but rather will be sold to other corporations over time. The result is that the rich will get richer and there will be even less inventory available to single family buyers.

Additionally, Mr. Fleming states that 85% of people who have a mortgage have a rate lower than 4%. This means that most people aren’t interested in buying “up”, i.e. buying a bigger house, because that would not only mean increasing their housing budget, but also getting a higher mortgage interest rate, resulting in even fewer homes at the lower price points.

While state governments may step in to push investors out by instituting taxes for flipping, as has been done in California, this doesn’t address the true issue as flipping houses actually adds to inventory for buyers, which is what we need.

What can we do?

The answer for most people is to get into the market as quickly as makes sense for their individual situation, which will allow them to grow their wealth before house prices are driven up even more or inventory decreases.

The market currently feels pretty even for buyers compared to covid times. However, Jason warns that he thinks when interest rates do decline, the amount of buyers will increase significantly, returning us to a market where buyers will have quite a bit of competition.