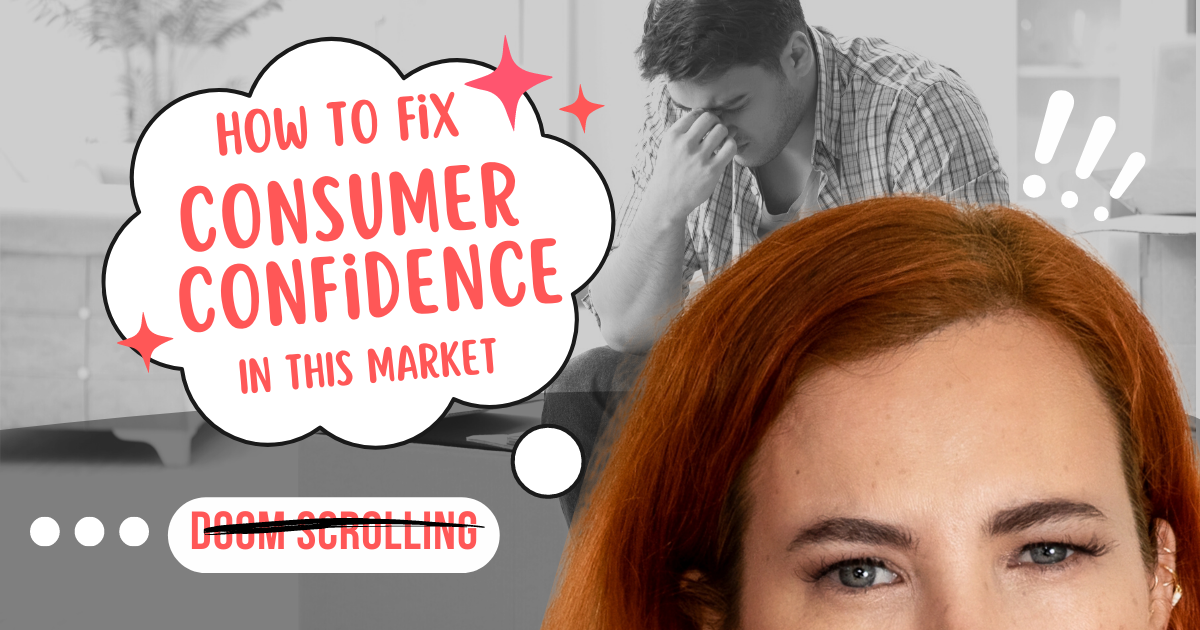 Every year since 2015, there have been negative headlines about the housing industry, predicting housing bubbles, or stating that homeownership isn’t a good idea. However, this chart shows that if you bought a home for $315k in 2015, you would’ve gained over $200,000 in appreciation by 2021.

Conversely, if you listened to the headlines, and waited, not only did you lose out on appreciation, but the cost of houses increased significantly.
Rent has increased drastically in this time period, also, making home ownership even more important to maintaining a consistently comfortable cost of living.

Real estate is the number one way that the average American builds wealth in their lifetime, so it’s irresponsible for headlines to make these kinds of blanket proclamations. And yet they are nothing new.

What’s particularly interesting is that currently, in a market where most realtors and mortgage lenders agree that it’s a great time to buy, consumer confidence is at a new low.
Consumer confidence at the end of 2022 was even lower than during lockdown and pandemic times. But why? It’s likely a delayed trauma response to what we’ve lived through. We had the Great Recession, which was legitimately awful and made people wary about significant shifts in the housing market. Then, we had an unprecedented pandemic that caused a lot of fluctuation and introduced a market we had never seen before. After that, we saw inflation and threats of a recession, as well as a sharp spike in interest rates, which sent a lot of potential homebuyers into hiding.
But this level of consumer confidence is not one that is based on the facts of actual market conditions. It’s an emotional resonance of something that happened already, a protection mechanism based on what happened before. We are superficial consumers of information. We scroll headlines without context and allow ourselves to be brainwashed without truly breaking down the facts and evaluating them critically. This is why it’s so important to have trusted advisors to discuss these topics with, so that you fears can be challenged and alleviated by data and fact.

So is it possible are we in a housing bubble?

No – it’s highly unlikely to happen. Looking at inventory alone can explain that we are not in the same position we were in in 2007. Just to reach normal levels of inventory, we would have to double the current amount of inventory. There simply isn’t enough housing to meet the demand of buyers today, unlike in 2007 when there was a surplus. Even with some distressed sales, there is no way the level of foreclosures we might see could push the inventory levels up to that level again.
Other positive indicators are that inflation has slowed for the eighth month in a row, and interest rates have come down since October last year.
If you find yourself doom scrolling and feeling like it’s a bad time to buy a home, give us a call. We can look at your individual situation and present facts about the current market that can empower you to make an informed decision about your particular situation. Check out our video below to see our team discuss the topic and greater depth!
Special thanks to Jason Fleming at NEO Home loans for the slides and information.
Facebook Twitter Pinterest LinkedIn